A lot of life’s decisions are narrowed down for us. Like religion for example. As much as every zealot would like to scream in your face that they are the one true religion, ordained by the only, one true God, their choice of beliefs was narrowed by geography. If you look at a world map of the religions by geographic area, you’ll see that religion is strictly a function of who got there first: 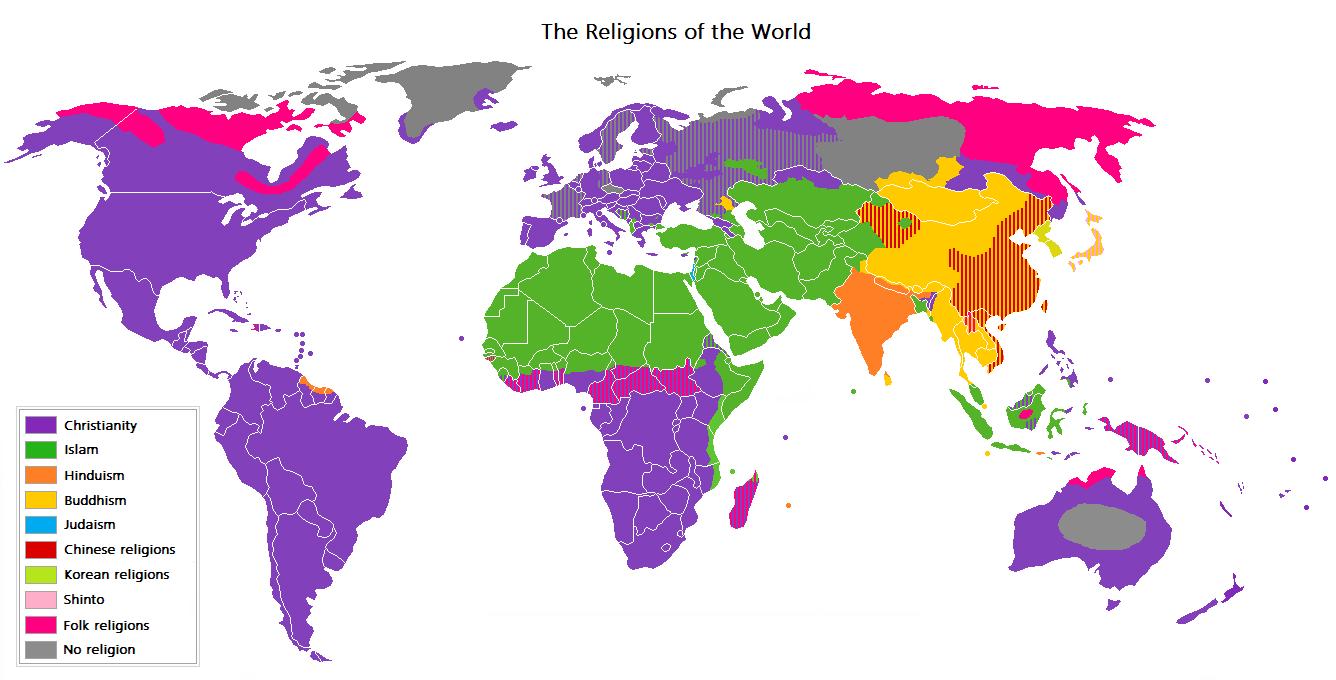 Clearly, if the Muslims had defeated the Christians back during the Holy Wars, the European countries would have exported Islam as the religion of choice, as opposed to Christianity.

Why has the world’s oldest religion, Judaism, not fared better? Well, you have to be born into that club, and to their credit, they don’t send out missionaries.

The Jews are not unique in that regard. I’ve never had a Hindu passing out pamphlets on my front porch, even though there are Indian people in our area.

I guess the Hindus think religion is a personal matter, unlike all of the Christian varieties, who are convinced we just haven’t heard the message before.

Heard it, just rejected it.