While channel surfing, I saw that it was the thirty-fifth anniversary of the release of the Iran Hostages. No, not the ones they released earlier this week, the one’s they released as Ronald Reagan was being inaugurated. For those of you not aware of the time in history, and how no matter what happens in the world, America somehow has its finger in it, let me elaborate.

To set the time, Jimmy Carter was President. The world had survived an artificial oil shortage a few years before, and President Carter was very public about wanting to move America to   energy independence. President Carter went on TV in a sweater, which he was ridiculed by some for, and pointed out that we could help ourselves by conserving more. Carter promoted the development of solar technology on a wide scale. He even had panels added to the roof of the White House. Carter implored us to manipulate our thermostats a couple of degrees in the Summer, and a couple of degrees in the Winter, to conserve electricity. He set new, very tough mileage standards for auto makers and reintroduced us to Daylight Savings Time.

Most of the conservation proposals were unpopular with the American people. We had always been told to extravagantly burn through any resource we had. Now we had a President who was telling us to do with less. Everything in our existence was predicated on using more and more fossil fuels. Obviously, the oil companies had absolutely no interest in twenty percent of the electricity in the U.S. coming from solar, as President Carter proposed. The proposals failed publicly, but played perfectly into the plans of the oil producing countries and their owners.

It is a classic Republican manipulation to foment dissent by making a Democrat President look weak. To that end, the U.S. Embassy in Iran was attacked and sixty Americans were taken hostage. The date was November 4, 1979, and the “crisis” lasted until Ronald Reagan’s inauguration on January 20, 1981. What a co-inky-dink.

Now, don’t get me wrong, the Iranians had plenty to be mad at us about. The CIA overturning a democratically elected leader to put the Shah in power, resulted in thousands of deaths and a huge loss of freedom for the Iranian people. Every Iranian knew who was responsible for their discomfort, the white devil. That said, taking an Embassy was a bold move without assurances that the military wouldn’t turn the desert to glass. Who gave those assurances? I’m guessing the same folks that timed the release of the hostages to Reagan’s first day on the job. It was a message written on stone tablets for all future tree hugging Presidents. “Thou shalt not mess with the oil bidness”.

So now, thirty five years later, we celebrate the release of the hostages by passing a bill that would pay the hostages reparations. The reparations bill would pay each hostage $4.4 million, or $10,000 a day for each day of captivity. I’m not saying being a hostage is easy work, but I think I could handle a month of it for $10,000 a day. I’d like to be held someplace with a warmer climate, if possible.

It’s a shame the Hostage Crisis happened. Thank the Lord, it looks like we’re on a path of sanity now in our relations with Iran. It was a dark time for a very good President, who will always be remembered well for what he tried to do, not what was “done unto him”. 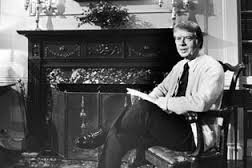